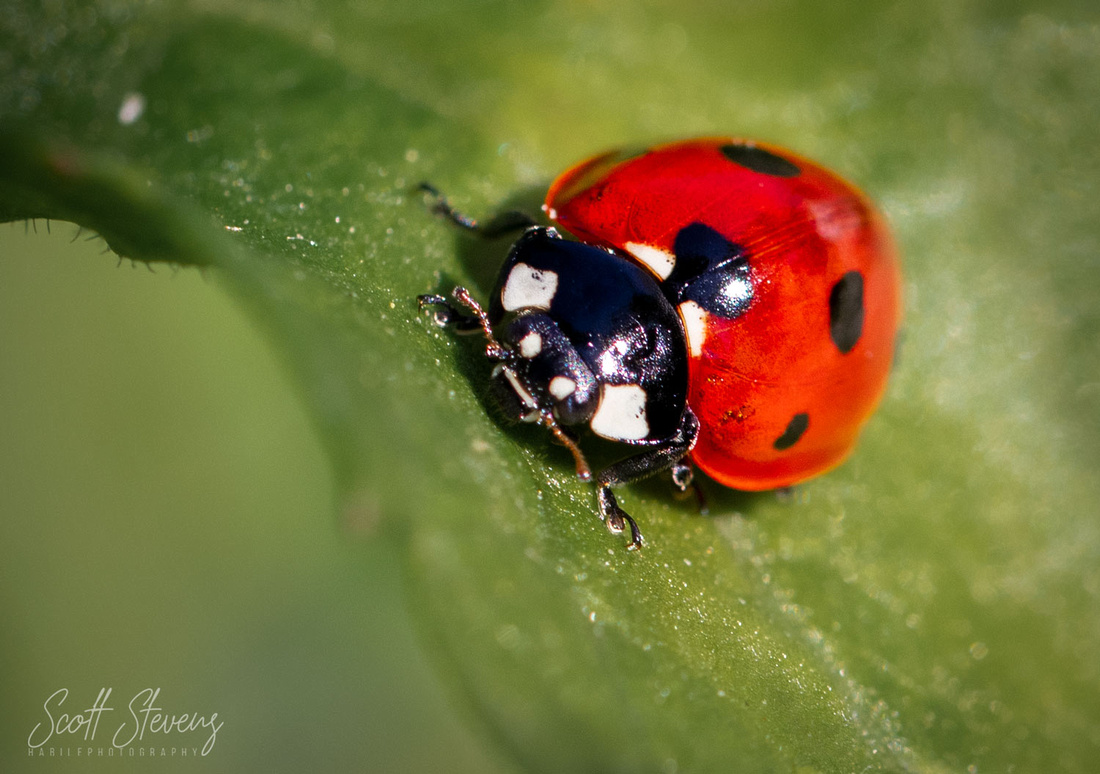 A welcome visitor to the garden. Who doesn't love a coccinellid? "A what?", you say. OK - Ladybird 🐞

The name coccinellids is derived from the Latin word coccineus which means "scarlet". The name "Ladybird" originated in Britain where the insects became known as "Our Lady's bird" or the Lady beetle. Mary mother of Jesus (Our Lady) was often depicted wearing a red cloak in early paintings. The spots of the seven-spot ladybird (the most common in Europe) were said to symbolise her seven joys and seven sorrows.
In the USA the name was adapted to "ladybug", although they aren't officially classed as bugs. But then again, they aren't birds either!! In some countries they're even known as "ladycows"!

In Britain, we have around 46 species belong to he coccinellidae family, which are small beetles, although only 26 of these are recognisable as ladybirds. Globally there are over 5000 species. And not all ladybirds are red with black spots. They can be yellow, orange, brown or red with black, white or red spots. Some even have stripes instead of spots. And it isn't their wings that are coloured, it's their wing cases that are. The actual wings are transparent and lie just below the hard coloured outer casing.

The number of spots on a ladybird tells us what species it belongs to. Not, as some believe, how old it is. To accurately identify the ladybird species, we need to take into account the colour as well as the number of spots. The most common ladybird in the UK is the 7 Spot Ladybird - which is red with (surprise, surprise!) seven black spots. Just like the ones pictured here.

Why a welcome visitor? Because, much to the delight of gardeners, they eat aphids or scale insects, which are an agricultural pest, so saves on spraying with chemicals. We can encourage more ladybirds to our gardens by creating a simple ladybird hotel from a few pine cones bound together with twine or chicken wire and then positioned in a sheltered spot.

Ladybirds live from 1 to 3 years and hibernate (or ‘overwinter’) from October through to February. If you find any indoors during this time you should move it to a sheltered spot outside to ensure that they complete their overwintering and don’t die in the colder months with no aphids to eat.

Back the title of this blog. Does anyone remember the children's nursery rhyme from the mid 1700s
.
Ladybird, ladybird fly away home,
Your house is on fire,
Your children shall burn!

(There are other versions - all equally as grim!)

As is often the case with such things there is no definitive origin for the rhyme. One theory is that it relates to the view and handling of those practicing paganism in Europe. The belief is that the rhyme originated about the time Christianity was peaking and prior to this, as mentioned above, the Ladybird was seen as a symbol of goddess worship. The line, 'ladybird, ladybird, fly away home' is a reference for pagans to go underground. Another theory is that it originated after the harvest. In the spring farmers would release thousands of ladybirds to protect their crops. When it was time to burn the fields for the following year, the farmers would sing this rhyme to drive the ladybirds away and keeping them safe. The true answr we wll never know.

One thing we don know is that our native species are under threat from an interloper from Asia. The Harlequin Ladybird which arrived here in 2004. Harlequin ladybirds are about a quarter of an inch long, and come either with an orange body with up to 22 black spots, or with a black body with two to four large orange spots. As well as eating the young of indigenous species, and outcompeting them for food, harlequins damage soft fruits such as strawberries and raspberries by sucking out large quantities of juice. When winter comes, they move inside houses. The clusters expel a dark sticky fluid that destroys soft furnishings, wallpaper and carpets. So there are bad news for the garden and bad news for inside your house. 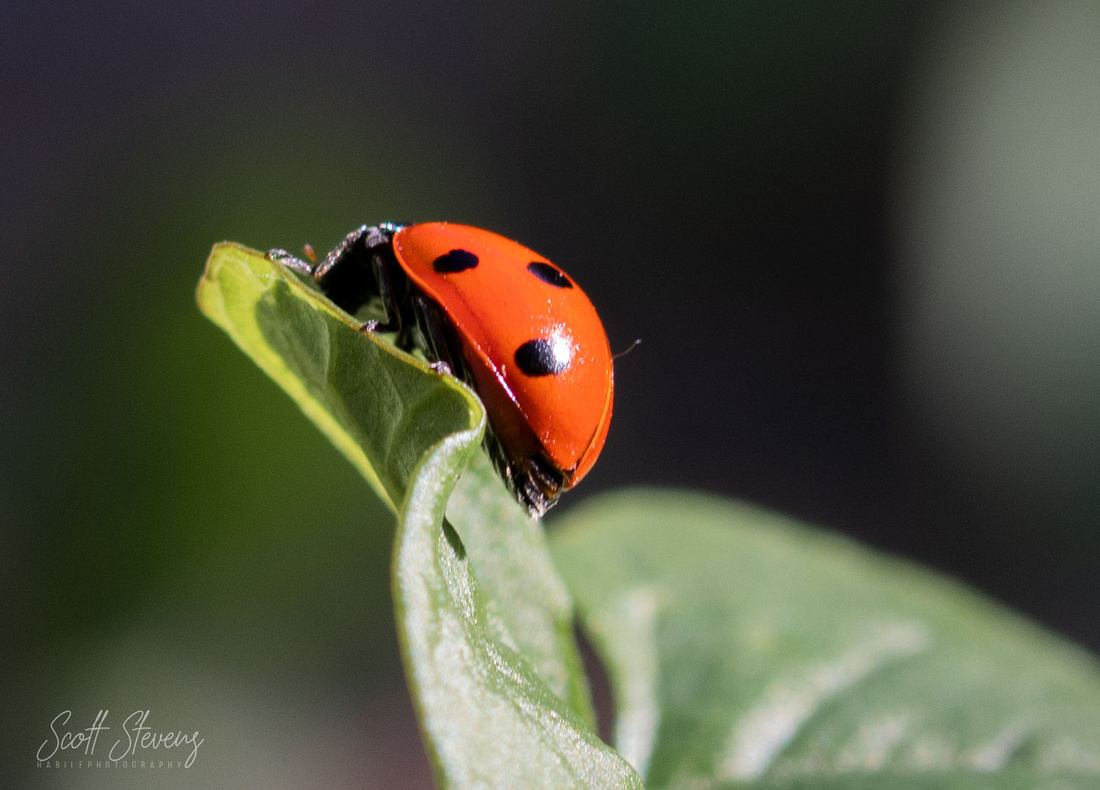