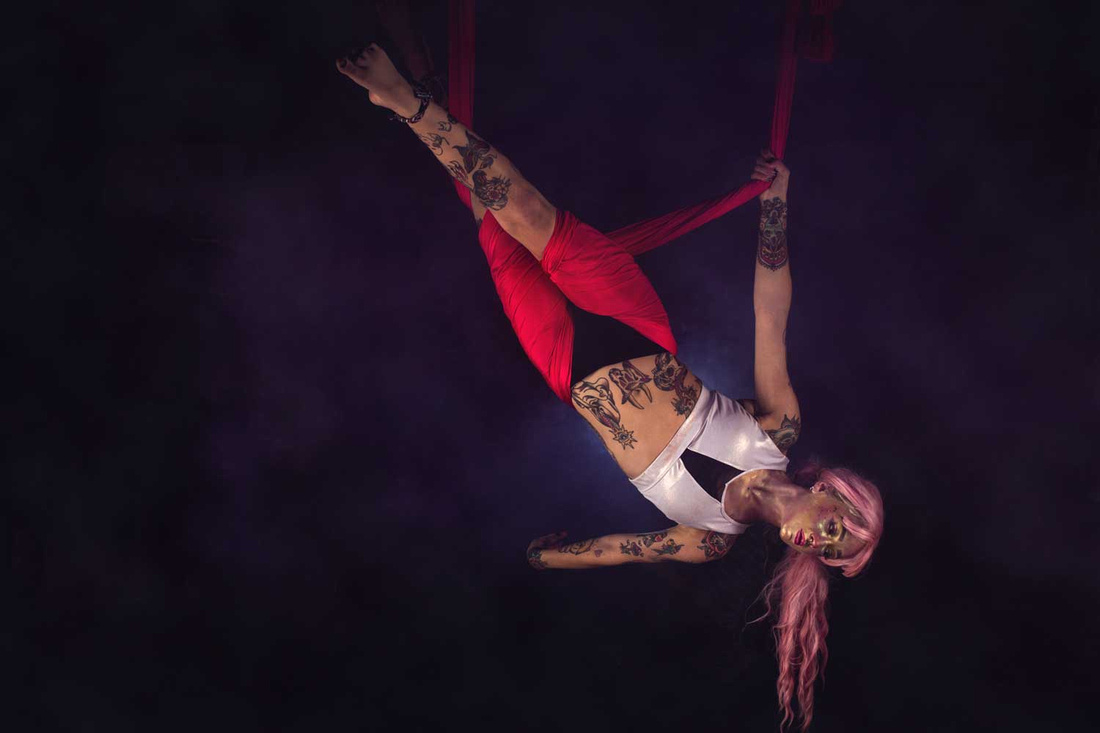 I had the idea for a shoot that I might need a bit of extra atmosphere. What better way than adding a bit of smoke into the mix. And to really make a statement why not have it with a bit of colour?

I'd already discussed with our model Gracie about doing a shoot to showcase her aerial yoga with her silks. We thought by adding smoke it would add more of a performance vibe.

So that was the plan. I decided on purple because, well – I like purple! I opted for the tried and trusted products from Enola Gaye (please note I am in no was affiliated with Enola Gaye). 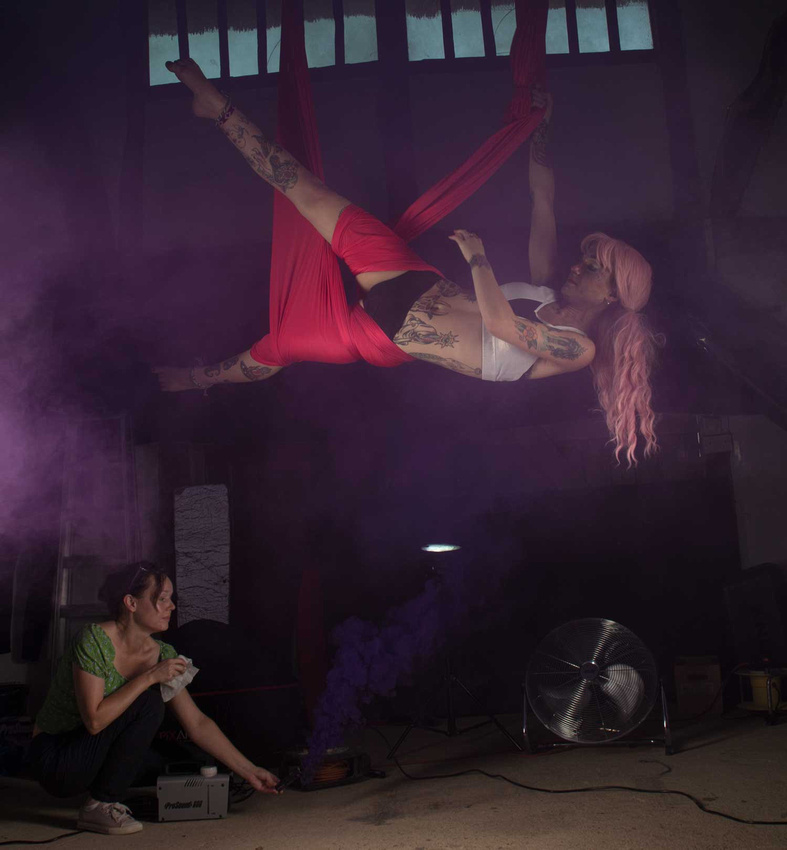 Rather than the full-on big ones I decided the smaller EG25 Micro Smokes would be a good bet. Still loads of smoke but for a shorter time. This way there is less risk of smoking the everything out and completely obscuring the subject and just creating the atmosphere I was after. If I needed more I had the option of using two or more from the pack of 10. These are mini canons rather than grenades so can be hand held and waved around to get the smoke where you want it.

3 - If placing on the floor the colour can stain ground

The lighting was pretty simple - a strip box with grid either side at about 45 degrees and speedlight with a mini softbox pointing straight up at the back to give a bit of backlight for that on-stage feel.

In addition, just for a bit extra we used a little fogger to get more of a haze. As we were working indoors and didn't particularly want to suffocate to dead, we had a big fan ready to disperse the smoke.

So there we had it. All set and ready to go!

We got a great set of shots both with and without the smoke. Gracie worked really hard in pretty trying conditions. We had to have all the doors closed to contain the smoke as much as possible. Bearing in mind on the day it was about 33 degrees Celcius outside it made it pretty stuffy inside!

When we'd had enough of being cooped up we decided to go outdoors as we still had a couple of smoke bombs left and our model Gracie was dying to have a go with them! 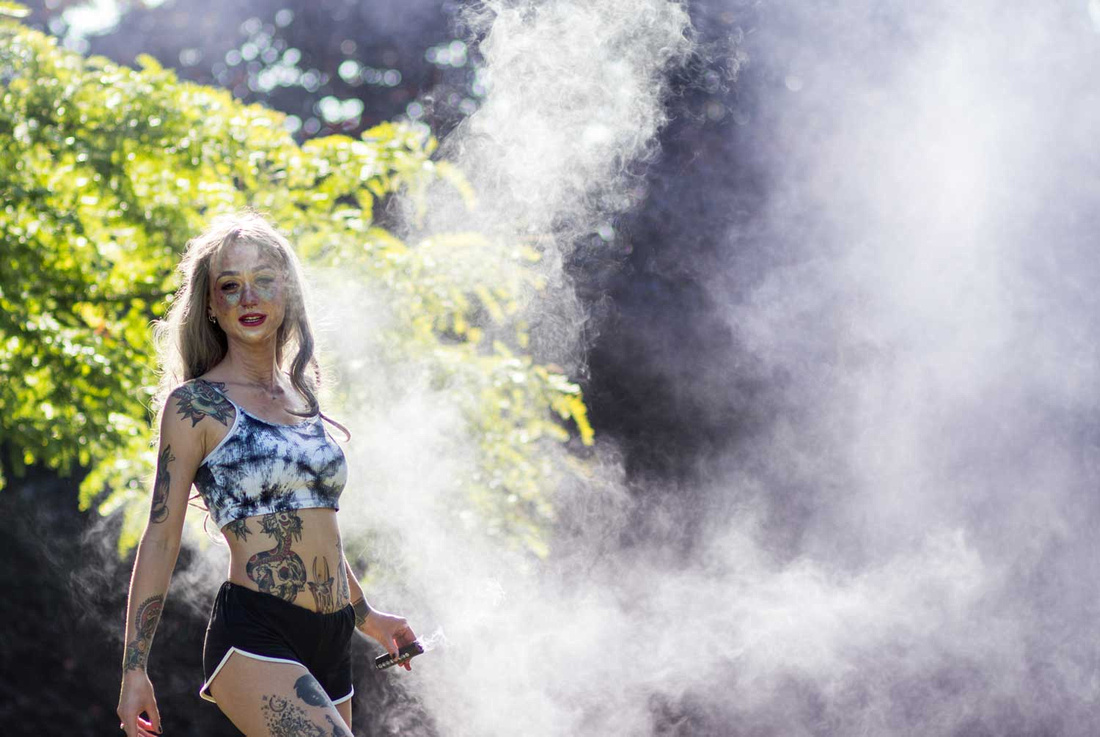 Gracie letting off the last of the smoke bombs

I'm pretty happy with the effect we got and I'm keen to use them again but for something futuristic - maybe with lasers!